What’s New With the Flu?

Home » What’s New With the Flu? 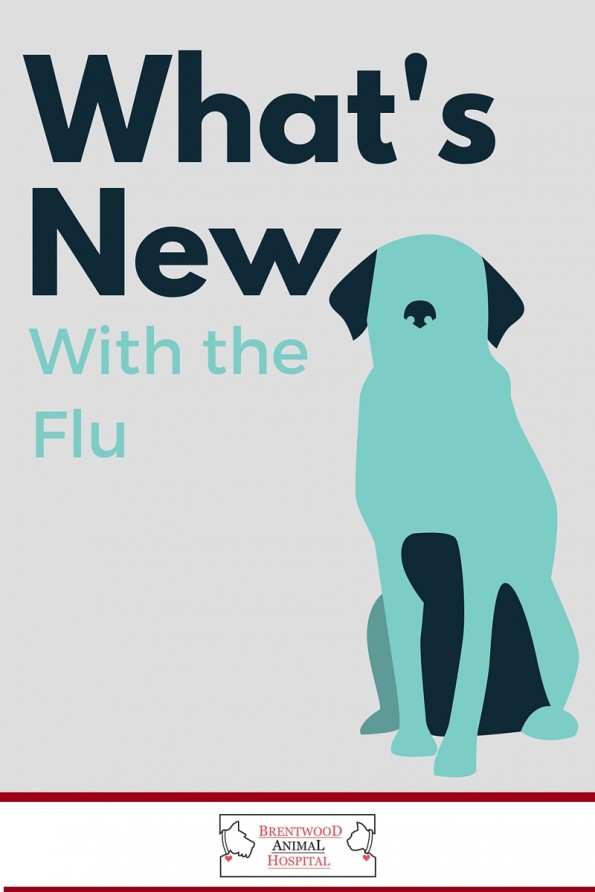 As we wrap up 2015, we look back at what’s happened over the past year and what we can expect in the future. To this end, we wanted to keep you updated on one of 2015’s biggest issues in the world of canine health (for the Midwest), the canine influenza outbreak.

What is Canine Flu?

Canine flu, or influenza, is a highly contagious infection caused by an influenza virus. The causative strains have been identified as H3N8, and as of 2015, H3N2.

What are the different influenza strains?

The H3N8 strain was first identified in 2004 as an outbreak among racing greyhounds, and has been identified in 40 states. Risk for most Missouri dogs was extremely low, and therefore the influenza vaccine was not recommended as a “core” vaccine.

The second strain, H3N2, appeared limited to Korea, China and Thailand, until March 2015. A significant outbreak erupted in the Chicagoland area, and soon spread to other areas of the country. More than 2,000 dogs were affected, and some unfortunately did not survive. A vaccine for this strain did not yet exist. Because of the severity and swift spread of this virus, dogs across the country were vaccinated using the old H3N8 strain, as it was believed to provide some cross-protective immunity.

Eventually, scientists identified this strain as the H3N2 virus. A new vaccine was developed for this strain and released in late November 2015.

How is the virus transmitted?

Canine influenza is spread via airborne respiratory particles (from coughing, sneezing and barking) and via contaminated objects (including bowls, collars/leashes and kennel surfaces). People moving in between infected and uninfected dogs can also spread these particles. Unfortunately, the influenza virus can live on hard surfaces for up to 48 hours.

What dogs are at risk?

In general, any dog that is at risk for kennel cough should be considered at risk for canine influenza. Those dogs who interact commonly with other dogs, such as those who go to daycare, dog parks, grooming and boarding facilities, are at the highest risk. Dogs that may travel, particularly to parts of the country that endured an outbreak such as Chicago, should also be vaccinated. Your veterinarian can help you assess your pet’s risk.

What are we recommending at Brentwood Animal Hospital?

We recommend that if your pet is in social settings with other dogs such as grooming, boarding, day care, or to the dog park, he or she should have the influenza vaccine. Ideally, because we now have the vaccine for the H3N2 strain that was isolated in Chicago, we recommend vaccinating your dog with this new strain.

What if my dog was already vaccinated for the flu with the “old” vaccine?

If your dog already received the old strain (H3N8), they should have some protection. From what we know as of this posting, many local kennels and day care facilities will still accept your dog to stay as long as they have been vaccinated with at least one of the strains. Because the new strain (H3N2) was in fact the strain isolated in the Chicago outbreak and there is now a vaccine available, we feel that it is the best medicine to vaccinate your pet for this strain.

Similarly to the previous vaccine, the new influenza vaccine requires two vaccines 2-4 weeks apart initially. Assuming this strain is still a concern the following year, your pet will just need an annual booster.

We’re here for you and your pets, so don’t hesitate to give us a call!

–The Doctors at Brentwood Animal Hospital

Vet Services
We provide a wide variety of veterinary services to assist you and your pet. Learn more about the services we offer and how we're different.

Pet Health Library
We share the same goal – ensuring your animal companion is healthy and happy!